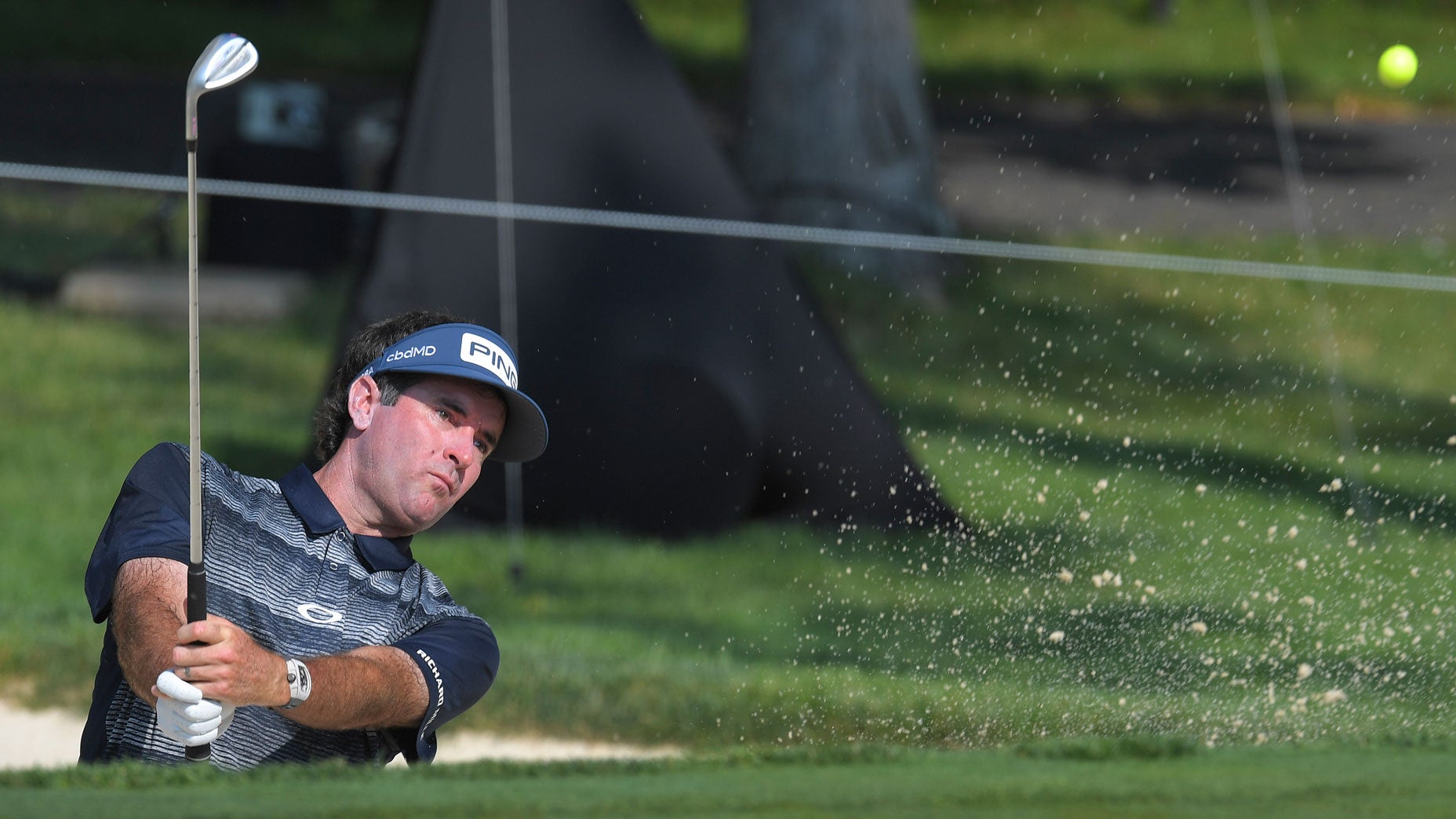 July 2, 2020
If you combine a good cause with good friends in good spirits playing some pretty good golf, you get exactly what you got Wednesday: A good time.

Almost too good a time.

Bubba Watson and Harold Varner III teamed up to beat Jason Day and Wesley Bryan, 3-up, in a nine-hole charity exhibition at Detroit Golf Club, which hosts the first round of the PGA Tour’s Rocket Mortgage Classic on Thursday.

Carlos: Welcome back, Rocket Mortgage Classic. We definitely needed you

Watson helped organize the event, which raised more than $1 million for the tournament’s initiative to help end the digital divide in Detroit and ensure every resident has access to the internet, technology and digital-literacy training.

“And then when the Tour, I took the idea to the Tour, they blessed me with the opportunity,” he said. “Obviously with the Rocket Mortgage team behind us, they let us do it and run wild with it. So it was a dream come true that they let me do it.”

With Tour commissioner Jay Monahan watching the group tee off on the 10th hole from a safe distance, the antics started right away when someone mentioned Watson would tee off first.

“I’m teeing off first!” Varner insisted like a jealous sibling, as he began to tee up his ball. “He always goes first.”

And go first he did again.

It was a casual match, with players walking and talking the whole time, much like a practice round. On the 12th green, Day stood near the hole when Watson missed a 20-footer for birdie. Watson shot him a glare and said: “You wished that out.”

Day took it a step further.

As they walked off the green, Varner had a question.

“It’s God-given,” Watson said, before he blasted a towering fade over the trees on the 13th hole.

The teasing was incessant. When Varner dropped an iron on the 13th tee that knocked his ball off the tee, players yelled at him: “Penalty!”

The players walked the course. But Varner fell behind and hitched a ride in a cart to the 14th tee. As he approached, Day noticed Varner had suddenly put on a mask.

On the 16th green, Watson got the revenge he was waiting for when he stood by the hole as Day missed a 20-foot putt.

Varner clinched the match when he made a 30-foot eagle putt from just off the 17th green. He and Watson celebrated with a socially distanced air fist bump.

“Oh, my God it feels good to be a champion again,” Watson crowed as he walked off the green.

After the match, Rocket Mortgage Classic tournament director Jason Langwell told the players how much money was raised and presented the winners with championship belts. Watson said he would kick in $25,000 and Varner thought about why he agreed to play in the match in the first place.

“But as it got closer to things we were doing, I just thought it was really cool (that’s) what it’s about. I just couldn’t remember not having internet growing up. Like some kids had internet and then we got it like a year later, but like I couldn’t imagine being in high school and not having internet.”