April 28, 2020
The Players’ Tribune is introducing a new series called The Iso. With so many of us keeping our distance from each other in a variety of ways, we decided to ask some of our favorite athletes to share how they’ve been dealing with life in the Covid-19 world, and how they’re spending their time away from their sport.

Our first two games this season were at home on February 29 and away on March 8. And then we found out a few days later that everything was gonna change. The season was being pushed back — postponed for eight weeks, at least. I think I realized at that point that this wasn’t something that was gonna blow over any time soon.

I’m in Nashville with my wife, Sally. Locally, the mayor issued a 14-day stay-at-home order, which actually ended up being extended through at least part of May. We’re limited to just the essentials — grocery store, post office, that sort of thing.

My parents are doing a really good job of taking it seriously. They’re down in Atlanta. I don’t think my dad’s even left the house. My mom’s gone to the grocery store when needed. It’s funny, I was FaceTiming my brother and his wife — they live about 30–45 minutes from my parents — and they told me that my parents came over to drop something off, and showed up with masks and gloves and wouldn’t go inside the house. That was like mid-March. It’s great that they were so ahead of the game on that.

It’s definitely different adjusting to everyday life now. Having to work out on your own. It’s been crazy for everyone, but thankfully I’m staying pretty busy around here.

I’m actually on a pretty good routine right now. I’m waking up around eight o’clock. Then I’ll head downstairs and make some breakfast. I’ve been cooking a lot. That’s been so fun. Making some eggs and bacon with an avocado on the side every morning. Then I’ll give that some time to digest and hit my workout for that day around 10. While digesting my food I do a crossword puzzle — I’ve had a yearlong crossword competition with Daniel Lovitz. We both complete the USA Today crossword and the NYT crossword. I’m currently down 52–58 on the year….

I’m trying to stay accustomed to our training and game-day schedule in Nashville. So what that looks like is:

Really, sticking to a routine is what’s keeping me sane. It distracts you from having a lot more free time than you normally would. Instead of five or six hours at a training facility, I’m basically only working out for two hours a day now. So what do you do with those extra four hours? I’d recommend it for people trying to figure out how to meaningfully fill their days.

Courtesy of Walker ZimmermanMy wife and I are busy for sure. We closed on a house here in Nashville on March 16, so we have all of these things to do. After my workouts, it’s straight to opening boxes and building — using an Allen wrench to put together more patio furniture, chairs and barstools than you could imagine.

I’ve really stepped it up in the kitchen. Normally, Sally does the majority of the cooking, but since we’ve been in this house and this new kitchen, I’ve really taken on the responsibility. I made some ridiculously good salmon one day — a barbecue base with some spices on it. Really, really enjoying the cast iron, so I cook it on there — skin down — maybe five minutes, then broil it face up to get a little char on top and coat with a little lemon juice and barbecue sauce. Turned out super tender and flaky. So good. (I’m gonna make it again on IG Live on Friday, so check it out if you want the pro tips.)

It’s just been a blast, honestly, being in the kitchen. This is a great time for people to be cooking their own meals a little more than they normally would, and hopefully that leads to more awareness about what we put into our bodies. Health and nutrition are obviously important to me, and I hope this time is being used for others to find healthy foods that work for them and their nutritional plans as well.

We’ve been watching Schitt’s Creek. That’s our kind of end-of-day wind-down show while getting ready for bed. We’ve also done a few Netflix rom-coms. I’m a big Ozark guy and Sally’s not (it’s usually my show when I’m on the road), so I’m going to have to find some time to sneak it in.

I’ve seen some people walking, running, exercising outside, which is inspiring. I think that’s awesome. Continue to work out, continue to find ways to push yourself to stay in shape. For us athletes, especially, when we come back, it’s going to be really important to be fit, to be sharp. We can’t lose focus on what’s ahead.

I’ve also been using these days to FaceTime and connect with family. I’ve seen so many positive things on the Internet about people connecting with their families in new and significant ways. That’s really important, and it transcends soccer, football, and all the other sports and things that are canceled.

I’m hopeful that people will walk away from this knowing how important family really is. They’re who you want by your side when the world gets crazy and the going gets tough. Keep the banter alive in the chats. Make sure everyone around you is doing O.K. Stick together, because family will always be the most important thing. 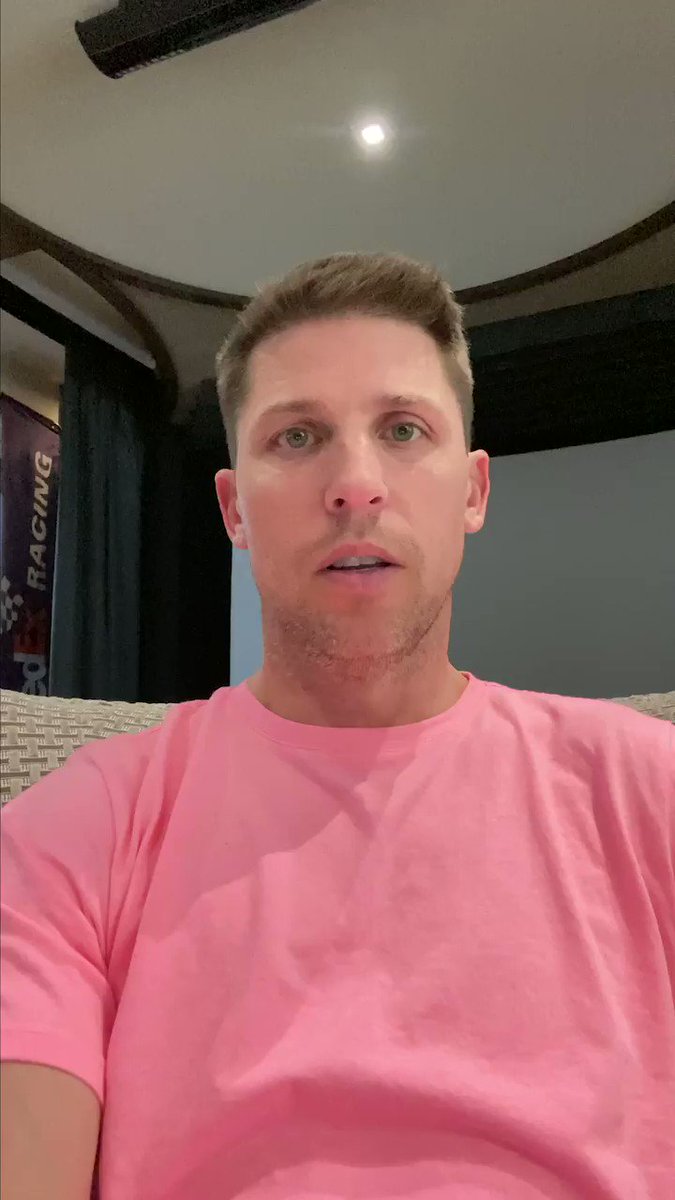 MEXICO CITY – Bubba Watson would seem to have the right sort of game for Club de Golf Chapultepec, but he’s never done particularly well at the World Golf Championships-Mexico Championship. His best, in three starts here, is a T9 in 2018. Truth be told, he played better when the tournament was at Doral, with four top-three finishes.

After a winless 2019 in which he finished 81st in the FedExCup, Watson was off to a solid start in search of his 13th PGA TOUR victory after an opening-round 67, two off the early lead.

“I’ve been hitting the ball great all year after training,” said Watson, who finished T6 at the Farmers Insurance Open and T3 at the Waste Management Phoenix Open. “I’ve been working on getting fitter, getting stronger so I can hold positions and hit the shots I want to hit.”

No one wanted to talk about what’s behind his mini-revival, though. Instead, it was Watson’s casual round with singer Justin Bieber after missing the cut at the Genesis Invitational in L.A. The two played at Lakeside Golf Club with Ted Scott, Watson’s caddie, and three others, and Watson joked that Bieber is now his mental coach. (Watson has no mental coach.)

The other topic of conversation at Chapultepec has been Watson’s putting. He couldn’t buy one at The Genesis, but had 13 one-putts in the first round at Chapultepec, and on the often-tricky poa annua surfaces, no less. His 21 total putts in round one were a career low on TOUR.

But while putting comes and goes, and celebrity is its own thing altogether, Watson’s revival this season owes just as much if not more to his tee-to-green game.

Self-coached and mercurial, Watson has never been a paint-by-number type of guy. His rises and falls can be hard to predict, or explain. This season, though, it’s pretty easy: Watson’s stats are up in both putting (51st, despite an off-week at the Genesis) and ball-striking (13th). That’s a useful combination, one that has seen him regularly work his way back into contention again after two decidedly lackluster years (2017 and ’19) in the last three seasons.

Perhaps, though, not so much in the thin air at Chapultepec, where the ball doesn’t curve as much. The ball-striking is there. The putting may be catching up. Bubba Golf is on the rise again. 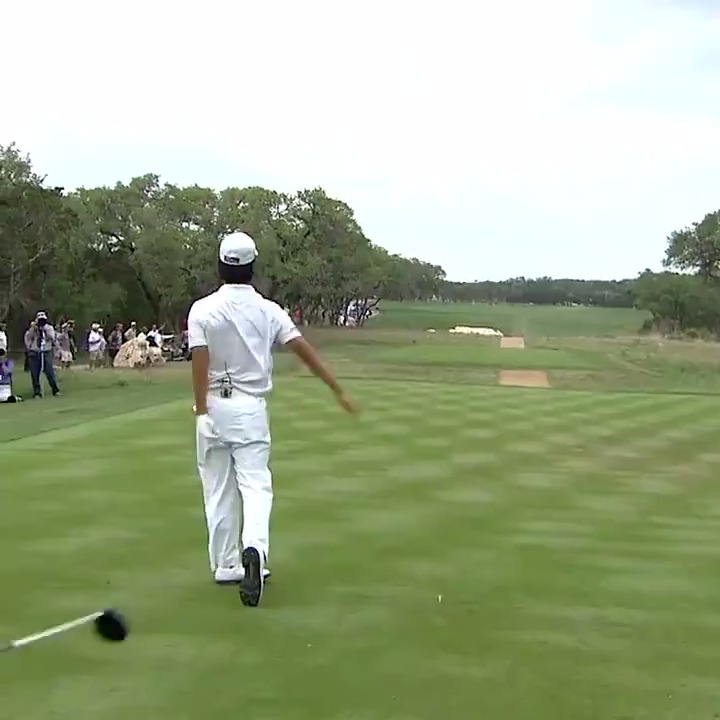