What it takes to win a U.S. Open at Winged Foot, according to two players who have done it 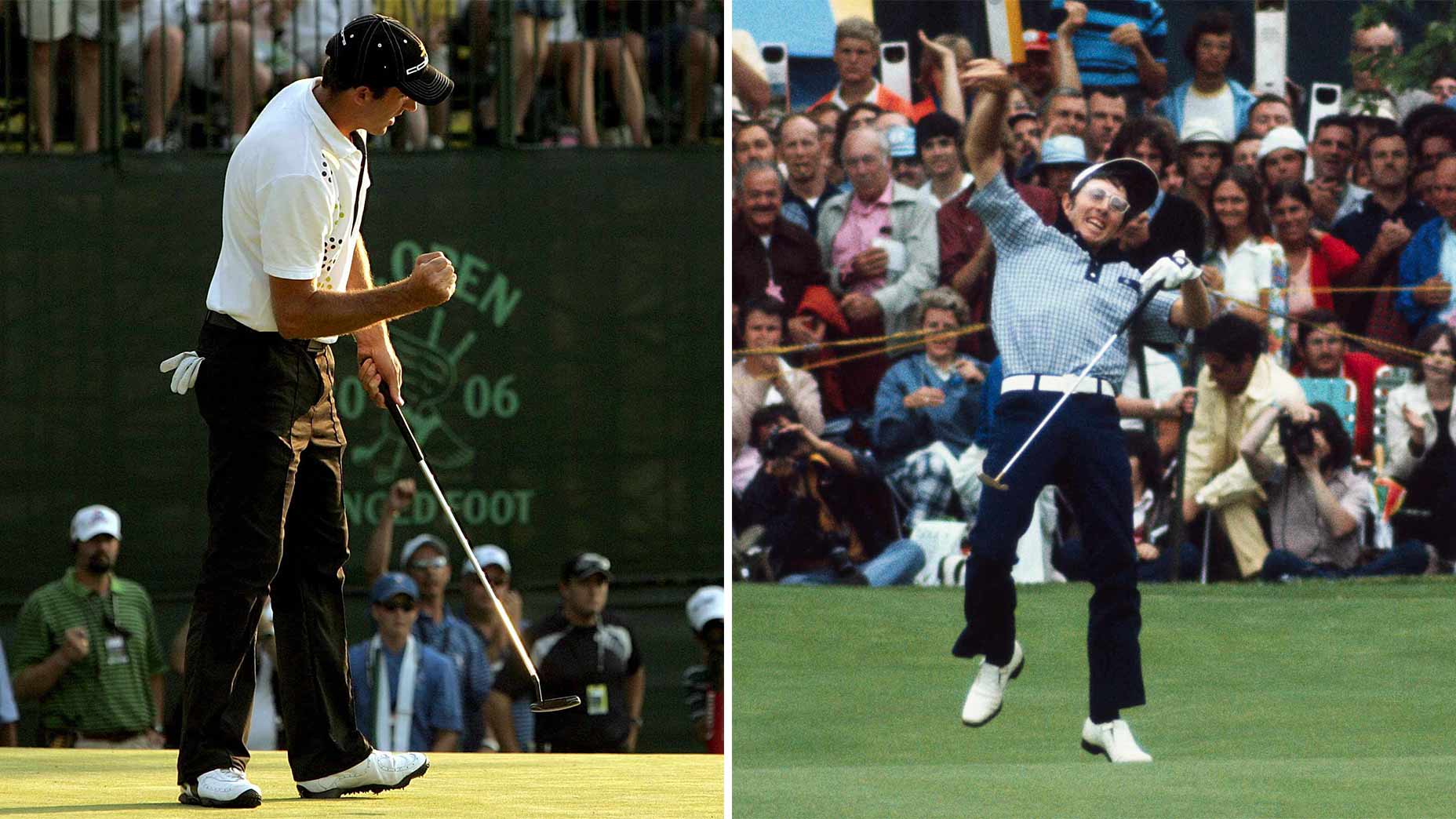 This is the first installment in our five-part series, The Road to Winged Foot, powered by Cisco Webex, in which we’re highlighting how players, officials, broadcasters and others are preparing for the 2020 U.S. Open, set for next week at Winged Foot Golf Club in Mamaroneck, N.Y. First up: Two former Winged Foot Open champions reflect on what’s required to win the national championship on such a fearsome setup.

The most fun I ever had on a conference call came a week or so ago in a three-way conversation with two former U.S. Opens winners, Mr. Hale Irwin and Mr. Geoff Ogilvy.

You may be wondering about the use of the honorifics, and Hollywood-style at that. (On the first reference.) Well, in this bureau, in these holy days leading up to our great national championship, all former Open winners don Mister. While it is true that there is little in golf more pretentious than calling Ben Hogan Mr. Hogan, this week, under this byline, he is Mr. Hogan. Mr. Ben Hogan, first time out.

What it takes to win a U.S. Open at Winged Foot

In the first of five episodes of “The Road to Winged Foot,” Hale Irwin and Geoff Ogilvy — both of whom won U.S. Opens at Winged Foot — reveal how they got it done on the fire-breathing layout.

Mr. Irwin won his first U.S. Open (in 1974) on the same course where Mr. Ogilvy won his only (to date) U.S. Open. We all know where that was: the West Course of the Winged Foot Golf Club, in leafy Mamaroneck, N.Y. Mr. Ogilvy’s victory there came the last time the Open was played there, in 2006. Some people remember that Open best for the improbable 6 Phil made on the par-4 18th hole on Sunday. He would have won with a 4. A 5 would have meant an 18-hole Monday playoff with Mr. Ogilvy, who was in the house, watching Phil finish on TV. Alas, the double-bogey that lives in infamy and on a certain Callaway commercial.

But one of the wonderful things that came out of our session was a reminder of just how marvelously Mr. Ogilvy played, including the par he made on 18 in front of Phil, to get to the clubhouse at 285, five over par, and enjoy the feeling of being the leader in the house.

“I’ve always loved par being important,” Mr. Ogilvy said. “It’s close to the most satisfying” thing there is in golf.

As for Mr. Irwin, he called Winged Foot “the hardest course I ever played when weather wasn’t an issue.” He won at seven over. He described the foot-high rough in places.

“The moaning was unbelievable,” Mr. Irwin said. “Every shot was demanding.” He took 287 of them. “If I made a par, be very happy and move to the next hole.”

Why this crafty veteran is a smart dark-horse pick for the U.S. Open

Chez Reavie’s studied nonchalance belies how much preparation he is putting into this Open. His statistician has already supplied him a Winged Foot cheat sheet.

Mr. Ogilvy, born in 1977, has read about and watched the ’74 Open, what he called, as others have, “the Massacre at Winged Foot.” He recalled the 1984 U.S. Open at Winged Foot, when his countryman, Greg Norman, lost to Fuzzy Zoeller in a playoff.

As we spoke, it was Friday morning for Mr. Ogilvy in Melbourne, Australia, and Thursday night for Mr. Irwin, in Phoenix. They seemed to be enjoying each other’s virtual company, as members of this tiny club, of players who have won major championships at Winged Foot. Davis M. Love III won his PGA Championship in 1997 at Winged Foot. Had he taken two fewer strokes at the 1996 U.S. Open, we’d be trotting out a Mister for him right now. Instead, a nod to Mr. Steve Jones.

Mr. Irwin said something in the chat I had never considered before, despite many trips to Winged Foot. If you stood on each of the 18 greens at Winged Foot’s West Course, you’d think the course must be very hilly, because the greens have so much slope. But in actual fact, the course is quite flat. It’s the greens that make the course.

Mr. Irwin watched the 2006 U.S. Open on TV. He said in our interview that he liked Winged Foot better in 2006, because of its graduated rough, because of the condition of the course.

Mr. Ogilvy was well aware of Mr. Irwin’s record as a U.S. Open player, as a golfer who was “tough as nails.”

Mr. Ogilvy said that his pitch to 18 “had my attention.” The fairway was short and tight he said it was like playing off a green. There was no margin for error. “My caddie said, ‘Let’s par the last four holes. Nobody else is going to do that.’” Mr. Ogilvy did, and the other contenders did not. The caddie was a legend of the European tour, Alister “Squirrel” Matheson.

When Mr. Ogilvy described his playing partner, Ian Poulter, dressed “head to toe in pink,” Mr. Irwin laughed. Mr. Irwin did not wear pink. In his U.S. Open prime, he was not one to do a lot of laughing. Mr. Zoeller was a joker. But you’re not going to find a lot of U.S. Open winners whose first move was to tell jokes.

Mr. Irwin compared how he played 18 on Sunday — driver and a 2-iron — with how Mr. Ogilvy played it, driver and a 9-iron. Dustin Johnson could surely play it this year with a driver and a wedge. But a 4 there will always be a good score. Of that both gents were sure.