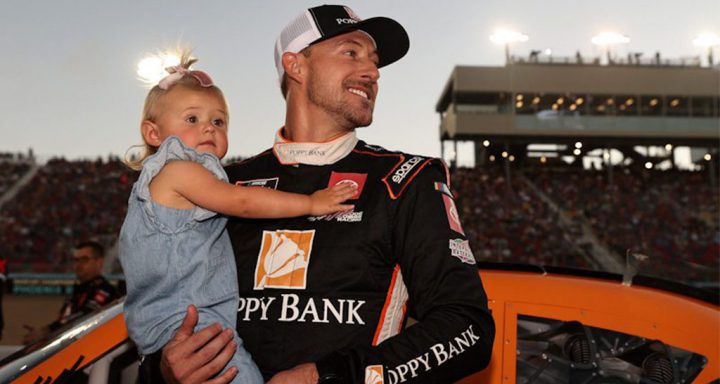 With two turns left and a championship on the line, he wouldn’t settle for No. 11.

Hemric nudged fellow title contender Austin Cindric out of the way, then won a drag race to the line to earn the 2021 NXS championship Saturday night (Nov. 6) at Phoenix Raceway. It’s his first race victory in 120 career starts, taking advantage of a NASCAR Overtime restart caused when Jade Buford and Josh Williams crashed on the backstretch.

“Unbelievable. These guys asked me all year how bad I wanted it,” Hemric said in his post-race interview after backflipping off his race car. “I’ve given up a lot. People doubted me. I’ll do it all over again for a night like this.”

For much of the final two laps, Hemric’s front bumper was just barely to the inside of the No. 22. Headed into turn 3, the two cars touched ever so slightly, then rubbed fenders all the way from there to the checkered flag.

“I blacked out. I had to be the first one to the line […],” he explained. “I was close enough to not use him up. We worked our asses off for an opportunity for this. What an honor.”

Cindric had to settle for second in both the race and championship, losing his opportunity to go back-to-back. Pressed about the move at race’s end, Cindric made clear the move was legit.

“He’s over there,” Cindric said, pointing to where Hemric sat in victory lane. “I’m over here. He’s the champion… If everyone in the stands enjoyed it, it’s good racing.”