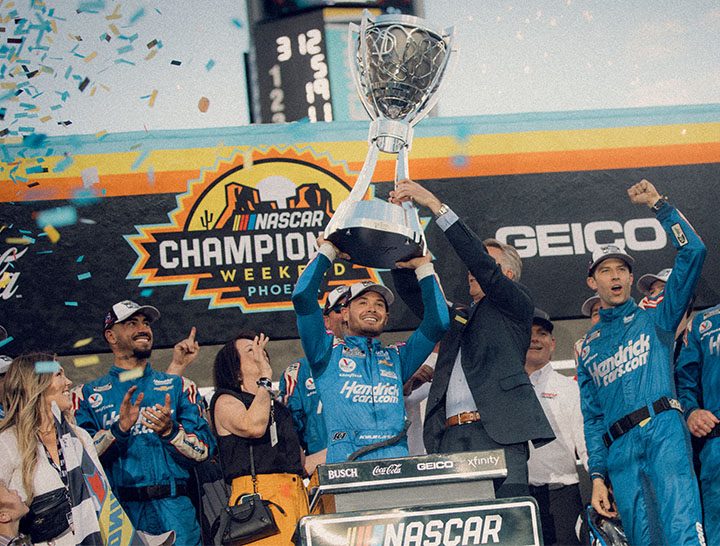 AVONDALE, Ariz. — Kyle Larson exudes cool and calm, but that’s not how he felt when he met with car owner Rick Hendrick and Jeff Gordon last year about joining Hendrick Motorsports.

After Hendrick said he wanted to have Larson drive one of his cars in 2021, the Hall of Fame team owner asked Larson what he wanted out of the potential deal.

A nervous Larson pondered how to make his request without agitating Hendrick.

“I know how Rick Hendrick feels about dirt racing,” Larson recalled thinking at the time.

Larson’s inner dialogue continued, as he tried to decide how to make his request.

“I hoping I’m not going to shoot myself in the foot right now,” Larson thought at the time.

He told Hendrick: “I’d like to race some dirt races.”

Hendrick didn’t rebuff Larson, but he needed some time.

After consulting with team executives and crew chief Cliff Daniels, Hendrick approved Larson’s request as part of their deal to put Larson in the team’s No. 5 Chevrolet this year.

And so began what has become one of the greatest seasons in U.S. motorsports history by any driver.

“I never thought racing for Hendrick Motorsports that I would get to race a single dirt race in a year, let alone as many as I have this year,” Larson said. “It’s definitely an unbelievable season on so many different levels.”

He claimed the title with his 10th victory of the season (11th counting the NASCAR All-Star Race). He’s the first driver to reach double digits in Cup wins in a season since Jimmie Johnson won 10 times during his 2007 championship season. Larson’s five wins in the playoffs match Tony Stewart’s record when he won the 2011 crown.